Until a few years ago, mini-grids were considered as a solution to take advantage of the energy produced from renewable sources in small communities or in small groups of users.

This concept has been increasingly extended over the years to reach far more important applications in terms of the amount of energy used and thus satisfying requests from small and medium-sized companies.

The IRENA (International Renewable Energy Agency) has estimated that about 1 billion people in the world do not have access to the electricity grid and yet another billion have access that is not reliable and durable for the users.

In order to obtain universal access to electricity by 2030, IRENA has always estimated that investments in this regard are now about half of what would be needed and that 60% of the installed systems, to achieve this goal, must be Off -Grid (ie not connected to the national electricity grid).

"Increasingly, technological innovations for hardware and software find their way to commercialization by allowing large-scale distribution of renewable mini-grids. We are seeing improvements in production technology, but the real changes we have to expect are those in the areas of communication, control, and energy storage technologies. "

But what does "Mini-Grid" mean properly? 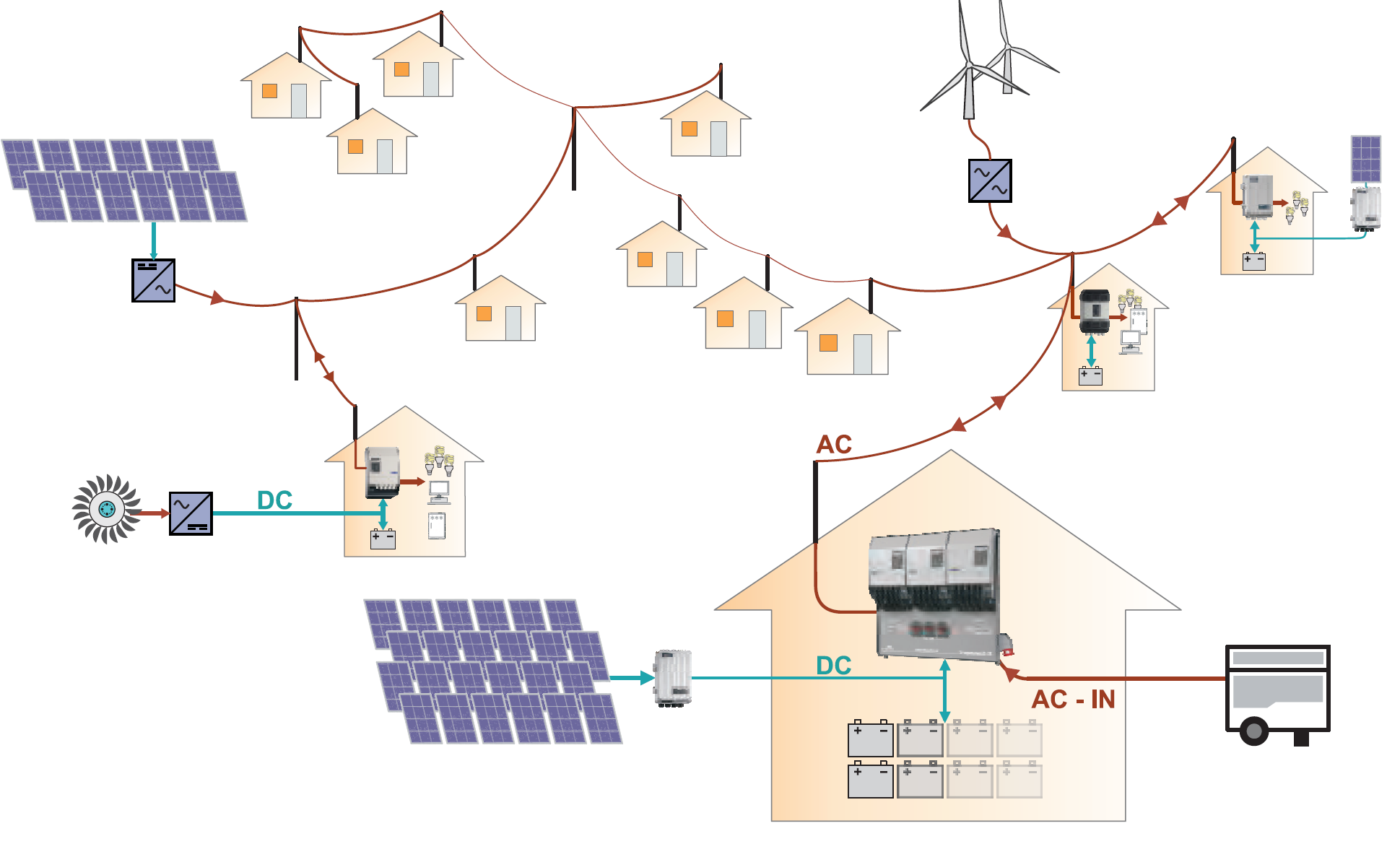 A Mini-Grid (or mini-network) involves the coexistence of multiple users connected to each other and to one or more sources of generation (which can exploit both renewable and non-renewable sources such as diesel generators).

The sources of generation used (whether renewable or not), by definition real mini-network, ranging from a power of 10kW up to 10MW.

The main advantage is being able to create situations of energy autonomy for different users in places where it is impossible to reach the local network.

The energy from renewable sources (solar, hydroelectric or wind) has been starting to play a fundamental role in this kind of applications, in fact there are already plants based on the concept of mini-network that use only diesel generation systems for example, but the high costs and difficulties associated with the transportation of fuels and the constant maintenance that these generators require are pushing the users who depend on these systems to readjust them and make them more "green".

We now specify what are the most obvious advantages that a mini-network brings to its users and investors, and what are the reasons why many international agencies and agencies identify this plant choice as one of the most convenient ways to achieve a global energy autonomy.

1.With more complex systems the reliability of a mini-network to which different users connect is certainly greater than a set of different separate off-grid systems. In a mini-network the user is protected from all these disadvantages related to 'off-grid classic as the rest of the system can provide for its energy needs should the conditions listed above be verified. The probability that a classic off-grid plant is not able to meet the energy demand is not at all indifferent as it is possible that there is a lack of the renewable source (for example for the photovoltaic lack of good weather conditions), that a failure occurs or that the user's consumption is greater than the energy actually produced.

2.In the classic centralized systems sometimes occurs the phenomenon of "energy theft", as some users connect illegally to the network without paying a fee to the operator. The mini-network manages to stem this phenomenon being on a smaller scale and therefore much more easily monitored. 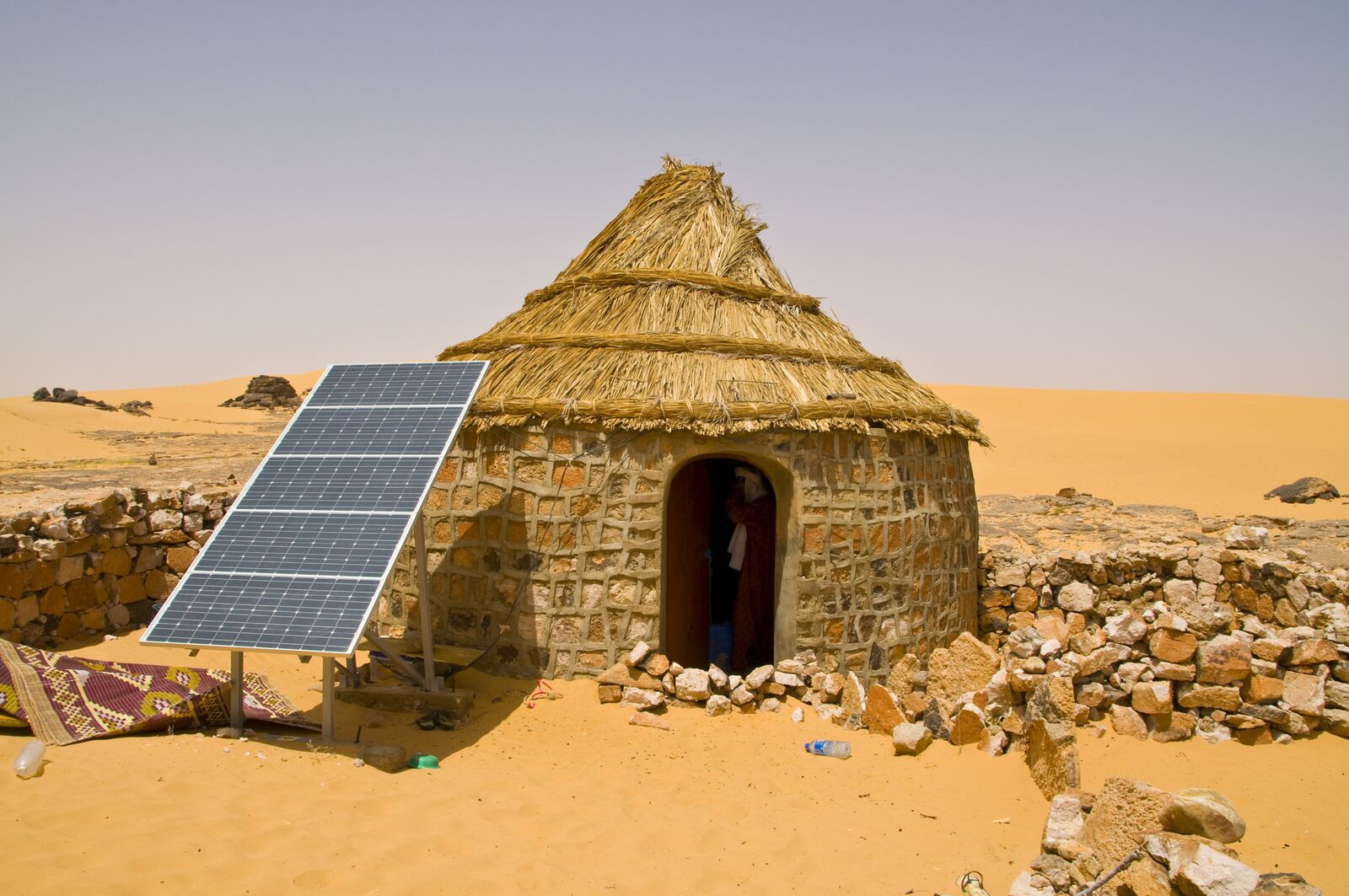 3. The concept of an isolated network is not a definitive concept: in fact, the mini-networks can interconnect with each other or connect to the network if one should reach the area in question tomorrow, thus lowering maintenance costs thanks to the sale of energy if the power produced exceeds that used by the users of the mini-network.

4. It has been calculated that the energy coming from renewable sources in these applications (be it geothermal, hydroelectric, photovoltaic or preven- tive from biogas for example) costs the user about 0.06 / 0.15 $ / kWh always with the agreement that there is a sufficient renewable resource on the spot. Moreover, while the price of fossil fuels is growing steadily at global level, the costs of creating mini-grid systems, thanks to a strong technological innovation, are gradually decreasing over the years.

The advantages of mini-grids are obvious, but their diffusion, especially in developing countries, remains slow. Governments are often in difficulty in granting new incentives given the huge expenditures faced in the past for a rural electrification based on the use of fossil fuels.

The most obvious challenges to face are mainly:

1. The lack of quality components or the presence of technologies that are not completely tested (often due to the low budgets of local investors), which inevitably lead to a reduction in the useful life of the plants.

2. Poor technical preparation of local staff, which increases the likelihood of errors in the installation and initial start-up process.

3. The inadequacy of renewable resources on site, which obviously leads to the need to use different generation systems: Production through biogas, for example, finds problems in storing biomass and in finding sufficient quantities of organic waste for a generation adequate to the consumption of the community .

4. Other environmental factors such as population density in the area in question or the possibility of constructing infrastructure and related costs may make these achievements more complicated. 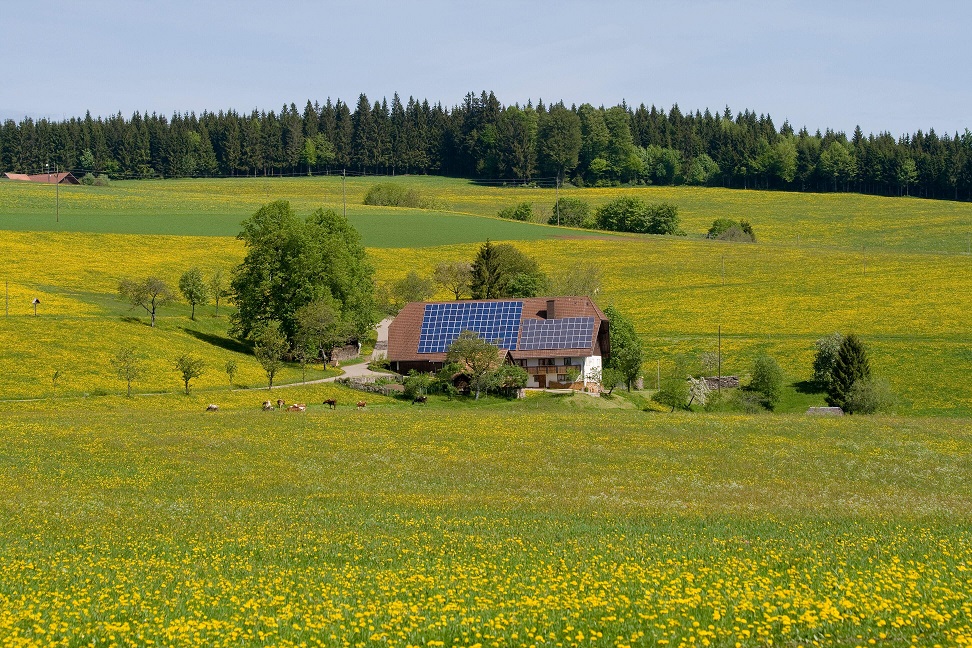 FGS Wall-Mounted systems have been specifically designed to solve this kind of problem, the numerous installations already carried out by FGS Energie Alternative make evident the improvements brought by the system in these particular system solutions.

The basic idea is to provide a modular system that can be completely expanded at a later stage, both for the generation side and the distribution side.

It is also possible to carry out the inverse procedure, ie if you want to divide a system with several kW already installed in smaller units, just place the various modules in the respective units without having to redesign the system. 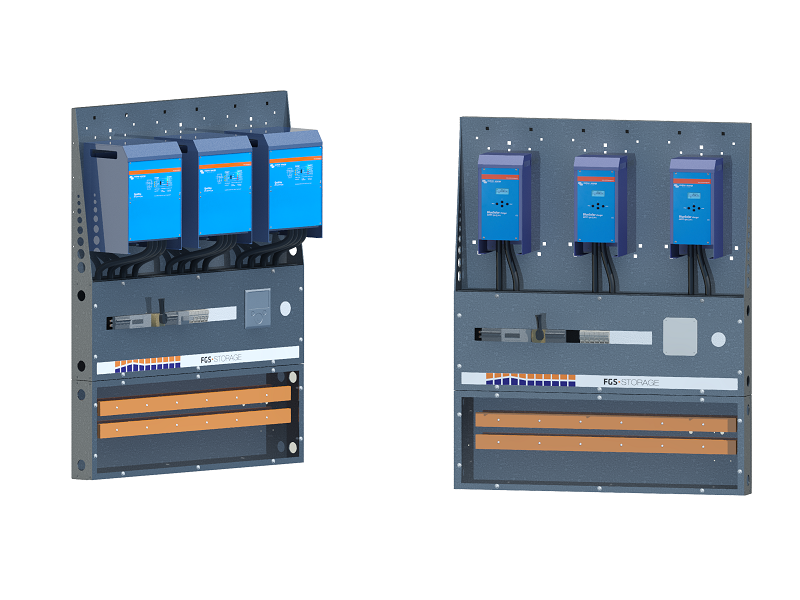 FGS Wall-Mounted systems are available in two sizes: 2-position and 3-position. Both models are modular and therefore adaptable to power installations up to 450 kVA.

On the basis of customer requests, we carry out the study and design of the best solution for energy generation (using our own hydroelectric, photovoltaic and wind systems) and the management of electrical distribution and control systems, allowing monitoring of our wall-mounted systems, or even remotely, the production and consumption of the generated energy.

Together with the plates, an installation kit is provided that allows the system to be installed and started in just a few simple steps: Simply fix the modules on the wall and connect the power cables and the battery cables and the system can be started without further intervention. designed, programmed and tested in the laboratory according to customer needs.

The need to provide a "plug and play" system containing components of the highest quality born thanks to years of experience in the field, FGS systems in fact allow to avoid technical problems due to the use of low quality components or incorrect assembly by of poorly trained personnel, clearly extending the useful life of the plant and therefore bringing considerable advantages in the plan of fixed and variable costs (thus lowering the maintenance costs) and reducing the payback-time of the investment.